Stressed at work — you should work at Twitter? Kidding.

By dan at Your FLOCK
Posted April 28, 2022
In Blog, Employee Engagement
Stressed at work — you should work at Twitter? Kidding.2022-04-282022-04-28https://yourflock.co.uk/wp-content/uploads/2021/09/new-your-flock-logo-clear-background-black-writing.pngYour FLOCKhttps://yourflock.co.uk/wp-content/uploads/2021/09/new-your-flock-logo-clear-background-black-writing.png200px200px
1

#RIPTWITTER. But is it ?

If you have been hiding under a rock. Or you don’t do social media types things. You won’t know that Elon Musk — the world’s richest man — has taken over Twitter.

In a move worth some $46 billion dollars. Which is a large amount of money even for someone worth $286 billion.

So what will Elon do now? This has been at the scope of much wrangling by many. With even myself being asked far too many times now for comfort. With reporters and TV and radio shows all wondering what next as

Whether or not Elon brings in an edit feature. Allows President Trump back in. Brings in more AI to combat bots. Or actually even bothers to go through with buying it.

What we do know is that change is coming. It already has…

SHOULD WE BE WORRIED?

Elon taking over Twitter will bring BIG changes for the culture of the company.

But what implications does it have for the future of work? Well for one, as a BIG old tech giant, what twitter does next, might echo throughout recruitment.

As I chatted about in my TedxTalk in Brighton for Your FLOCK. But more of that later.

Back to Twitter. And their new boss — as Elon is rather bullish about hybrid and remote work. Going, as far as, to say Twitter should use the HQ — as a shelter for homeless people in San Francisco. As quoted in…

“Elon Musk has floated the idea of turning Twitter’s headquarters in San Francisco into a homeless shelter. Saying “no one shows up anyway” at the office.”

Six hours after Musk posted the poll. An overwhelming majority of users had voted in favour of repurposing Twitter’s HQ as he suggested. Some 91% of the 912,867 votes were cast for “Y.”

It would be interesting to know how many people actually worked for Twitter that voted.

But perhaps Elon will bring in more things to vote about.

For their employees and for us all i.e. the much flaunted edit button. And many new features too.

The richest man in the world is “famously” hard working. And might be a little work obsessed. With his mission to get us to Mars. So would he create a positive culture for Twitter?

Maybe for their shareholders? But who is more important? The shareholder and their profits. The users and their desire for features or the employees and their stress levels and well being.

It’s going to be an interesting few months for Twitter. If Elon does buy it. Would people trust him to do good?

Reading some of the reports — behind Elon Musk’s takeover of Twitter.

This idea of trust is what Elon might find is lacking as he takes over the helm at Twitter. A lot of the employees loyal to the old regime might not trust him. Whether we should trust him or not — only time will tell.

Other parts of the world of work are made up of trust. And it seems that trust is lacking as some people are reporting that employees now are having to take registers before they work. Which sounds horrific.

And the software industry around “keyboard stroke technologies” is coming in and being used more and more. Perhaps the sense of trust is being further eroded by some. As The Guardian reports:

And this is telling in the stats. As employees are worried about their bosses wanting to go back to normal. As…

“69% of employees are worried that their employer won’t adapt their workplaces, policies, or in-office requirements for hybrid and flexible work.”

Perhaps it’s people like Elon that need to be running more businesses. And happy to change things. But that’s for a different meeting…

The death of the meeting.

In my Ted Talk I talked about “conscious gathering” — a great term coined by Priti Payar. And how we need to get together as human beings on a biological level to help increase happiness at work.

This is one of the reasons why food at work is a great perk to give.

But also why people still love having meetings face to face.

However, just because we can have meetings together again.

Does this mean we should? As the stats are showing two years into the post covid world — we still don’t know how to MEET?

As new research is showing that workers in the U.K. spend 2.8 hours a week in meetings they deem to be unnecessary. A number that rises significantly for managers (3.5 hours). And those at medium-sized companies (3.4 hours).And this is not just offline meetings.

As many employees face issues when it comes to online meetings — the most common being:

This last one is the most important for me. As with Your FLOCK we look at disengagement (and employee engagement) on a team level. How can you help your team become MORE engaged and stay together for longer.

These new findings are interesting. As they are showing that the cracks are appearing in purely remote businesses. That hasn’t yet changed culturally or technologically. Those that might have been remote forced rather than remote first…

If ¾’s of your staff are feeling disengaged by online meetings — you need to do something about it.

Are you F$%^ing kidding me.

Those of you that know me well — or listen to my gentle jabs on the radio or TV — know I am not a fan of the present UK government. For a whole host of cultural and political reasons.

So it was interesting to see the “note” that a leading UK MP Jacob Rees-Mogg has been leaving for people working from home.

AS Bruce Daisley asks is this

BUT shouldn’t the government want people to do hybrid work?

As in healthcare, a new study estimates the positive effects of hybrid working. Could save the National Health Service more than £4 billion every year.

As it found that flexible working could unlock an extra 211 million hours of care. That would significantly reduce the burden on the U.K.’s health and social care services.

Which is code for us all doing the work rather than the government paying people. Which I am not fond of. But the ecological and social positive effects of many of us going hybrid. Are well documented. As talked about in a previous newsletter if…

“3.9 million people worked from home (half of their time) then this is like taking 600,000 cars off the road each year!”

You can times that number by 5 or 6 for the UK. So it’s a bit of a shock that the UK government seems to want their people to go back to the offices. But employees do not want to go…(not all of them anyways….)

MAKING PEOPLE GO BACK TO THE OFFICE WILL BE MORE STRESSFUL.

How we treat our employees and each other and others is a subject for an event in its own right. Which affects the well being of the WHOLE nation. At Your FLOCK, as we work with small law firms and legal teams to help them retain their top talent. We know that stress is the silent killer of the sector.

And so we have joined forces with Sixth Sense Consulting to produce an event. Just after the end of Stress Awareness Month this year. On May 4th at 1–2pm online. To help people in that sector learn more about mental health and wellbeing. And if you are someone in that sector, or know someone that is, we would LOVE for you to attend.

Come to our event and find out…

What can we all do to HELP increase mental health and wellbeing in the legal sectors?

Be that in teams or in law firms.

To answer that question we have two award winning authors on work psychology and best practice Chris Welford and Jackie Sykes. Who both work with lawyers and in the legal sector with their clients.

And Marcin Durlak who is an award winning leader of law firm IMD which was recently shortlisted for the Modern Law Awards for their work around culture and diversity.

Between them they will have some hints and top tips for mental health in the legal sector and we can discuss best practice together moving into 2022.

So please do come to the event — it’s totally free thanks to YourFLOCK. And do share with anyone you know affected by the stress levels of working in a law firm.

And… why it’s worth using something like Your FLOCK to  look into stress management and well-being for the future of work.

Or it is that the future of work is simply working less but achieving more?

References for the Edition 10. 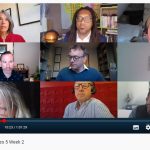 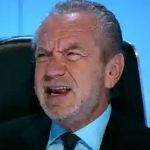