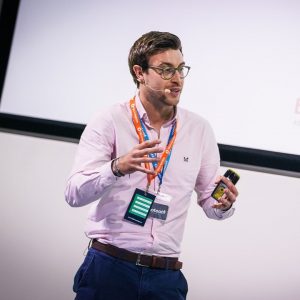 Micheal Brennan is a multi award winning entrepreneur and CEO of tootoot and Stribe.

Both have used Your FLOCK. And we are happy to have even worked on webinars with them and their clients before. In the spirit of collaboration (link here) which is what we are all about. His list of accomplishments is far reaching and wide spread:

As well as running Stribe which won the North West’s most exciting company award in 2020. Company culture and the creation of powerful and productive teams has always been at the heart of everything Michael has done. Be that at Stribe. Or at the educational app www.tootoot.co.uk. Which itself is an award-winning report app for children and young people.

tootoot  enables its users to raise safeguarding and wellbeing concerns. Such as:

Directly to designated staff members within their school, college and university. Tootoot’s education programs have supported over 600,000 children and young people globally. And have been independently evaluated by the Department for Education.

Toot Toot also moved into sport with www.tootootsport.com. The world’s first reporting and safeguarding app for sports clubs and National Governing Bodies. Which enables players and members of all sports to message concerns. Via an app. Directly to their club or NGB’s designated welfare and child protection officers. Tootoot sport includes a built in case management platform. For welfare officers and coaches to record welfare and safeguarding incidents. A piece of technology that the sport of football could have well done with many years ago.

As part of this year’s mental health week. And with its commitment to the mental health of its workers and users. Toot toot collated as many free resources together as possible. And presented them on their website. These are they:

Which we thought were perfect to talk about during #MentalHealthAwarenessWeek.

YourFLOCK doesn’t link into mentalhealth as much as diversity or values. But we applaud Toot toot for helping the wellbeing on a nation. And knowing what you know – you shouldn’t be surprised that caring IS one of the top core values of the Toot Toot team.

With Results Focused (probably how they have got so many awards) and Autonomy (as a purely remote team) being key to them too.

Or that they have a highly aligned team – which in the world of tech startups and scaleups is KEY. 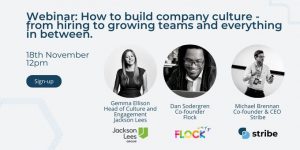 In this session we hear from www.YourFLOCK.co.uk and leaders in creating and building company culture as they discuss the importance of company culture and how to create a sustainable culture for the future.

Company culture is often deemed as the ‘fluffy stuff’, yet 88% of employees believe a distinct workplace culture is important to an organisation’s success (Deloitte, 2017).

Culture is the difference between your team coming together and supporting each other, or breaking apart because nobody feels safe or knows who they can trust.

In this webinar we chat through why it’s so important to focus on culture and what exactly that looks like in your day-to-day, from hiring to growing teams and everything in between.

Gemma Ellison – Director and Head of Culture and Engagement

And if you would like to join the YourFLOCK waiting list and get your team using Your FLOCK before your competitors then join up here. And get social on your posting.