Team Engagement: Is it the real key to keeping everyone happy and together in 2022?

By dan at Your FLOCK
Posted December 17, 2021
In Blog, Company Culture, Employee Engagement, Opinions
Team Engagement: Is it the real key to keeping everyone happy and together in 2022?2021-12-172021-12-17https://yourflock.co.uk/wp-content/uploads/2021/09/new-your-flock-logo-clear-background-black-writing.pngYour FLOCKhttps://yourflock.co.uk/wp-content/uploads/2021/09/new-your-flock-logo-clear-background-black-writing.png200px200px
2

You might be hearing MORE and MORE about The Great Resignation. We know we are in the world of team engagement at YourFLOCK. But…

Did you know that The Great Resignation is the term originally coined by the historian John A. Lynn. To describe a series of events in early 1836?

When several leading generals and politicians resigned from public life without any apparent provocation or justification.

The resignations were unprecedented. And caused great public concern at the time. With some commentators speculating that they might presage a military coup d’état. Against King William IV of the United Kingdom.

But you might have. However, the new reason for the term has a very clear moment in history. It’s right now. It’s the rise and effect of the lock downs in society and corona virus. Now more than a quarter of UK employees are planning to change jobs in the next few months. As part of the latest “great resignation.” The increase in workers switching jobs is a result of post-pandemic exhaustion and increased job vacancies.

According to a survey conducted by recruitment firm Ranstad UK. Approximately 69% of the 6000 respondents were optimistic about their prospects for moving to a new position in the coming months. A further 24% admitted planning to change within three to six months. The numbers show a significant jump from the 11% of employees anticipated to change employers in any other year.

So what can team leaders and managers do to stop The Great Resignation? One of the key things is to use technology. And their own time. And understanding. To help people reconnect with the purpose of the company and re-engaged. Either on an individual level, a team level or a company level. So…

A team without engagement is a team without a pulse. When team members are disengaged, they are less productive and can even become a drain on resources. In some cases, team members may simply stop coming to work or take longer to complete tasks.

Again, Your FLOCK is built to make sure this last part never happens. As your team members and employees always get a chance to give their feedback based on their values. Which links into…

Company culture is the heart and soul of your organisation. It’s what makes your team feel like they’re a part of something special. And it’s what attracts new team members. A strong company culture can help keep team members engaged. Even during challenging times.

It’s not enough to have team engagement or employee engagement, you need company culture to tie it all together. As well as psychological safety – which Sixth Sense a great coaching company can help you understand too.

Team engagement, team culture, and employee engagement are all important to keep your team from resigning.

If you want team members who care about team goals, team culture, and employee engagement. Then you need to create an environment where team members feel free to give input and actively work towards the team’s synergy.

It’s not enough to have just one or two; you must find a way to make them all work together!

You can avoid your employees from resigning. If you establish a company culture that encourages team members to contribute and strive for team synergy.

You can do this with the new 6 month programme created with YourFLOCK.

As Your FLOCK works on many levels.

For employee engagement. Our programme has:

For team engagement: It has…

For overall company culture it has:

With an ROI calculator you can share. As the higher your team engagement – the less likely people are to leave. Which in the end, for many businesses, has a HIGH cost to it. All this – is done – automatically for you as the team leader and owner of the business. Based on our machine learning and development tools.

Which is even FREE in December.

Sign up as a team leader or company owner at https://yourflock.co.uk/app/signup 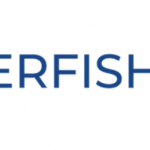